Admit it. You have one of two queries followed by a quizzical look on your face right about now.  One;you weren’t expecting the combination or two you think I’ve lost the plot and/or am completely bonkers.

Truth be told you wouldn’t be off considering this place is nestled serenely in a corner of Goa which only the discerning and adventurous find, yet once you get there it has a magical aura of arresting time and numbing your senses. Quietly playing guardian to the famous Uddear springs in Verna- Soul Souffle is the concept and creation of my biking buddy Reynold who is always on the move, when not on his bike-is busy traveling not to mention racking his grey cells over new concepts from regions unknown. We meet on occasion albeit he wanted to invite me over for ‘a preparation’ that he assured would pique my curiosity.

Pan seared Fish with Parmesan Cream & Aglio Oglio is the brainchild of Priyanka Sardesai who has a penchant for anything Italian (men included!). This bubbly affable chef, having worked in kitchens far and wide including Indigo Deli in Mumbai describes her preparations as playful and full of bold colors; an ode to simple and rustic European cooking which has its signature inscribed across with authority. I always love enthusiastic co-creators. What’s the saying- too many cooks spoil the broth? It’s not easy but the love for food surpasses all differences and flaring tempers that run amok in the kitchen resulting in poetry in motion being created on the plate.

As you all would know spaghetti is the plural form of the Italian word ‘spaghetto’, which is a diminutive of spago, meaning “thin string” or “twine” and this dishes first impressions were that of a neatly arranged fisherman’s tools of trade with the catch of the day being an Indian ravas crusted with paprika, rosemary and parmesan and was served alongside some tingling chianti butter sauce that added that perfect blend of a crunchy yet moist preparation. It sounded so nice I had it twice. (Literally speaking!) What surprised me the most (pleasantly of course) was the side of spaghetti aglio oglio which immediately teleported me to Mama Isabella’s kitchen in Napoli on my hiking trip many moons ago. A matriarch of a family of 9, she was queen of her kitchen and introduced me to some fresh home food especially her favorite spaghetti aglio e olio – a dish made by lightly sautéing minced or pressed garlic in olive oil,seasoned with dried red chili flakes with finely chopped parsley for garnish. I requested for some grated pecorino cheese much to her dismay (as traditional as she is adding cheese was blasphemy!!!). A gentle twinkle in my eyes had her pass it on to have me liberally apply it all across my spaghetti before she could clinch the grater away from me. This dish would definitely have met all her standards and Mama Isabella would affirm with a mere nod.

Mind you this dish is high on the calorie count and I given the sunny day I decided to be foot loose and fancy free to compliment my meal with a Bahama mama which appeased the afternoon heat quite effectively, though be wary of its potency to knock you the hell out just like a Bahama mama can. What is a Bahama mama you ask? A girl or woman from the Bahamas normally with a big rear. The music played all afternoon and was live and acoustic (a perfect blend to a fabulous relaxed noon) and the menu on offer is part of the ‘Fresh Sessions’ that happen every Sunday from 12 noon onwards.

Till I meet a mama down in sunny Bahama; Cheers to one and all. 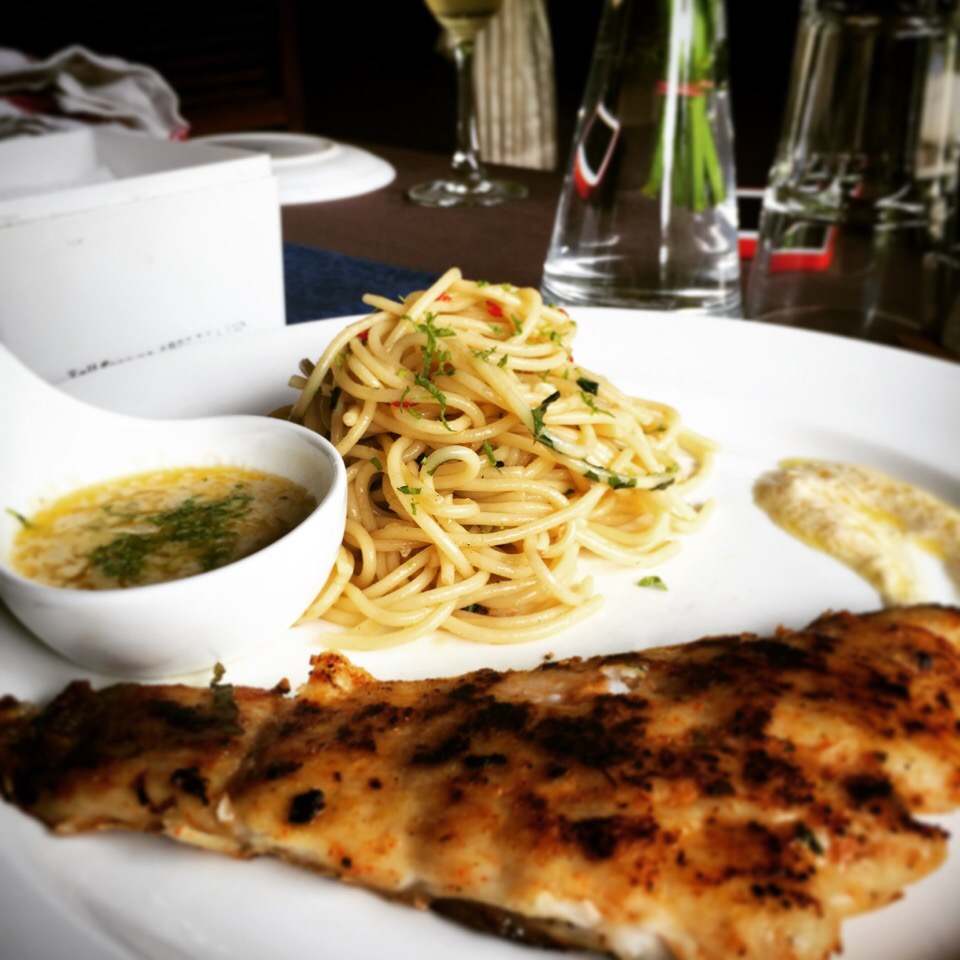