Flashback, circa 2011 when I was at the beer garden in Munich and a fresh yet breezy air sent a chill down my spine. I thought to myself a chilled beer in chilly climate wasn’t something that rocked my boat as much as I thought it would. Thank god for small mercies in the piping hot Frankie’s that were dished out to keep me from keeling over. This was a moment that had me fall in love with Oktoberfest and wish for a sunnier setup sometime in the not so distant future.

Fast forward Four years hence, I believe I enjoyed my first ‘ideal’ Oktoberfest right here with the ‘perfect’setting. No, I could never take anything away from the original. I mean it’s a bucket list kind of thing. A must try for every beer and non beer lover and ones just gotta head over there to feel the atmosphere and of course sample some kick ass beer. However me being a tropical kinda bloke, kicking back in my Skivvies on an infinity pool deck with bright sunshine for company and beer and meat served on my pool BarcaLounger – that was my calling this year at Alila Diwa for their Oktoberfest celebrations. They netted this one spot on, with a selection of some classic brews – Leffe, Hoegaarden, Heineken and the official beer of Oktoberfest Paulaner Munchner Hell to wet my palate. You were literally spoilt for choice. Not to mention some of the classics Stella Artois & Corona for company. This along with their wide array of meats from the Bratwurst, Wurstel or Bavarian sausage, Vienna frankfurter and chicken sausage made me feel like I reached the pearly white gates of Valhalla.

A ‘meat feast’ would be an understatement. And this being Goa with their seafood live grill counter by the pool was the makings of a sinful event indeed. Calamari, Fish steaks, ribs, khowsuey a live chaat counter- need I elaborate?

Some great contests and lovely live acoustic music belted out by the band Grace hit all the checkboxes on a hot sunny afternoon. That was not all of course. There were beer based cocktails afloat which hit the right notes for a few of the lady and gent folk alike. But what did amaze me was the abundance to choose from. The staff at the resort ensured ones plate was full at all times.

Even with slim tastings as I fondly call them- a filmmaker pal of mine from ‘Delhi’ and I must have clocked over 550 grams of meat individually. He loves being known as a delhi boy (quite a reaction when asked. Try it) but technically he’s all heart from Chandigarh. He was on a diet you see but even that couldn’t keep him away from the selection at hand. And just when we thought it was over and offered ourselves a thought for a check in to sleep it off we were ushered to the buffet for a scrumptious spread and a sinful dessert counter which was made scarce thanks to my bestie who invented the art of a ‘brownie bird dropping’, soon to be indicted as a serving concept in the Michelin hall of fame. The choux and the gooey chocolate brownie was sinful and that with a beer in tow just added the gift wrap to my perfect afternoon.

And right when I rose from my slumber in time for the FC Goa football match it made the end of the week perfect with the home team winning against Delhi. Ahhh this is what stories are made off.

Salut, to the entire Alila Diwa team for making this Oktoberfest brilliant and outdoing oneself. Will circle back next year for round two. 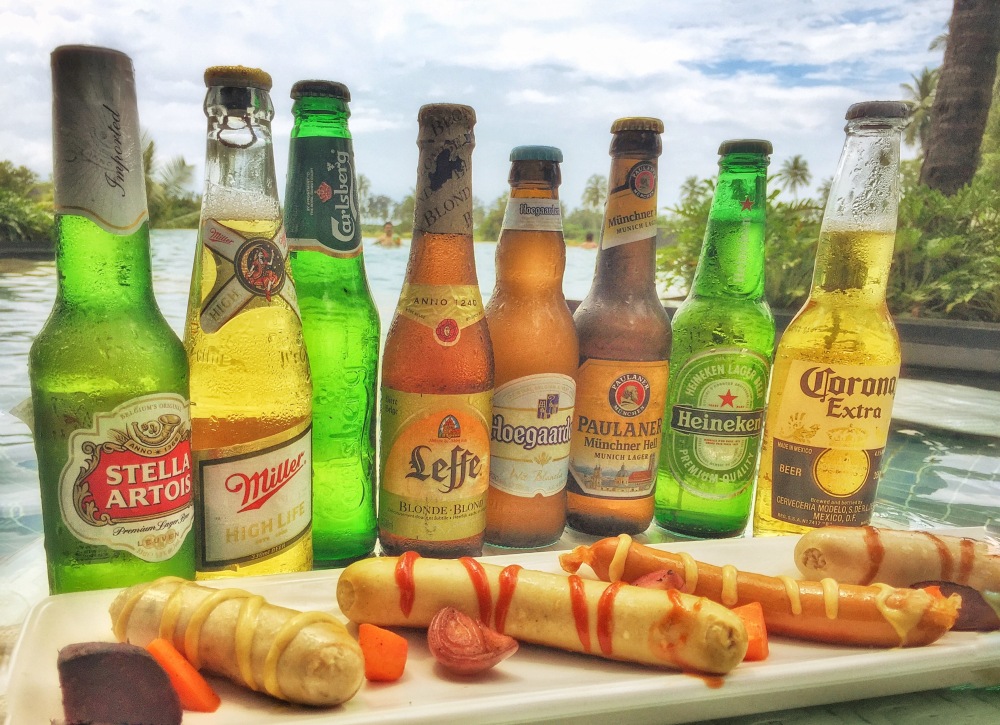