If your wondering about the title- as much as I would like to be Mr. Worldwide aka Pitbull, I still am mr. NObody the last time I checked. Here’s a candid confession about the beauty and art of eating a buffet (learnt the hard way of course) You are spoilt for choice and neglect is never an option. But in these days,of counted calories and busting seam lines, one has to be extra careful and selective in this ‘art of choice’- yours truly for sure. In my constant struggle and strife of keeping the calorie count in check, with an excessive workout regiment, I was invited with a few Mumbai foodies to Hornby’s Pavilion at the ITC Grand Central -Lower Parel for their Kitchens of the World Series. This time around it was Street food focused with many exotic preparations in store.

Having travelled extensively it was a delight to hop around a multitude of signature cuisines at the comfort of ones own chair, being not too far away on display at the buffet counter. Some of these dishes have had me travel far and wide to witness and sample. If I had to spotlight a quick culinary trail, let me start straight at home with the India section hitting all the right spots. From the Nalli Nihari to the Dum mutton Biryani the ITC Hotels can do no wrong, this being the fourth time in a span of a decade I have bared witness too. It’s spot on! Sweet sorrowful parting of tender meat chunks falling off the bone with a mere fork nudge in symphonic harmony. The Galauti kebabs and mushroom adaptation were sinfully exotic and perfect in texture.

Heading to the chaat section which always has a soft spot in my heart were the Agra ka chaat and Aloo Tikki both which stole the show with much aplomb. Taking off to Singapore, was the Rojak salad which has delicate blend of mango, papaya & pineapple alongside the Bellpeper salad tossed with bean sprouts a favourite on the streets of Istanbul. The Ablama– a Lebanese dish comprised of a stuffed Zucchini filled with meat, rice and tomatoes cooked with tomato sauce was an instant favorite.

The menu is carefully crafted by Chef Dhawal Ajmera, who took the time from his packed schedule to sit down and go through his preparations with us. From pickles seasoned in his own kitchen, to research oriented menus and adaptations of world favourites to suit the Indian palate, one would be fooled by how much knowledge he has amassed at such a young age. A watchful eye on our plates and suggestions did make for an interesting, educative, experience indeed.
Aloo tikki 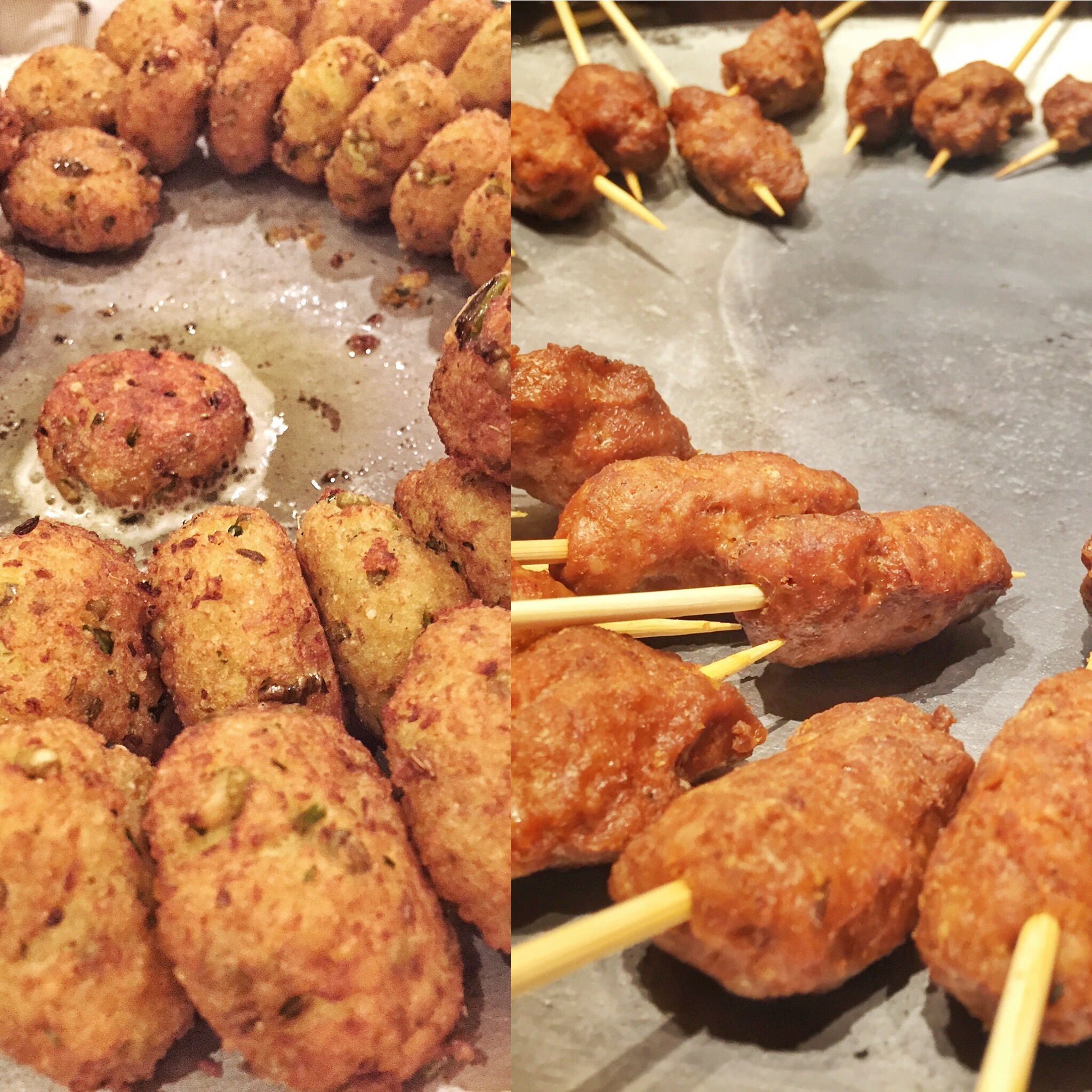 From Pizzas with Mozarella cheese to the famous Korean Bulgogi with a twist, this place is a sensory delight for the world traveller who appreciates and experiments with multiple cuisines. It was more of an overload walking through the ‘isles of food coma’, a playful jest moment shared between us two surrounded by Pork spare ribs on one side and quesadillas on the other. Fresh hot baguettes and cheese to fritter prawns- Singapore style, it was a good place to be in. Unfortunately the aisle was rather narrow and I gawked like a stalker or so the prawns would have thought. The googly eyes were a dead giveaway.
Picarones 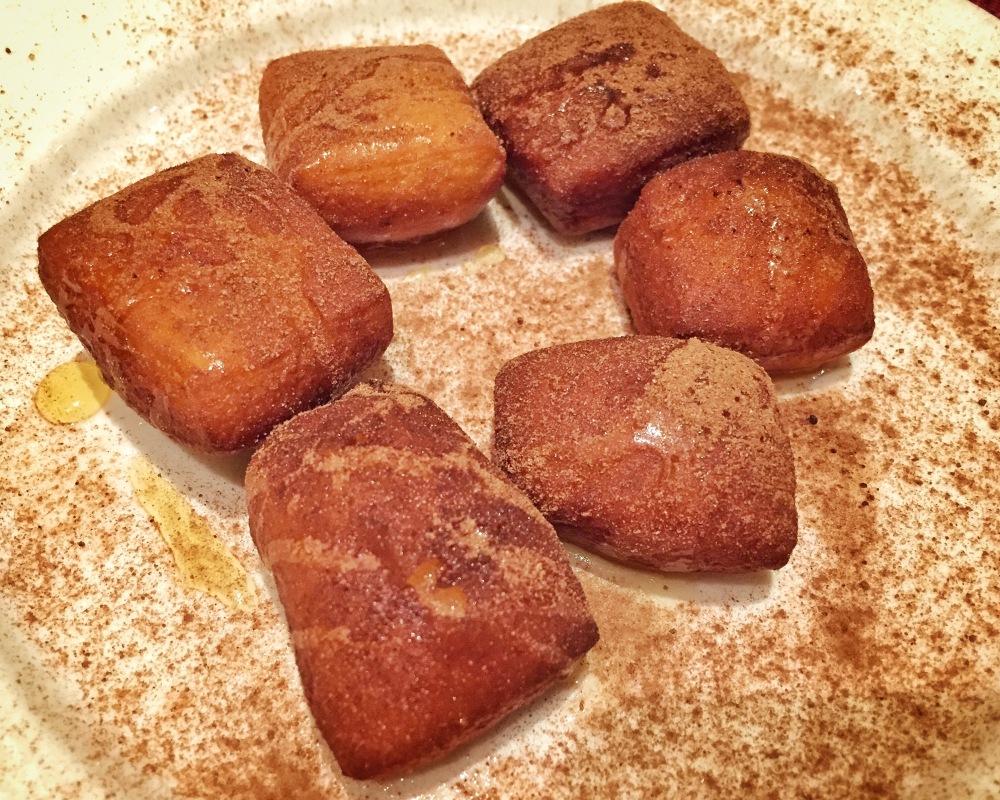 Moving over the the desserts on offer was a variety, from the Columbian Chocolate mousse to the deep fried Picarones (a Columbian version donut) which were smothered in honey syrup and dusted with cocoa, I couldn’t help but notice and wonder as to the ‘real’ reason behind Pablo Escobar’s weight gain. A few of these would be equivalent to an hour on the mill for me,at an incline that too, but I am sure Mr. Escobar would have savoured these from his motherland.

The Crepe Suzettes with an orange and honey glaze were delightful- do ask for a fresh batch and they would happily oblige and not go mention the gooey Pumpkin pudding from the streets of Brazil which were amazing. Lest not forget, the Jalebi and rabdi from our homeland which had me asking for a second helping. (Click on it to see the video) Yes, I’m a calorie fraud and I didn’t care right about then.

The beauty of reciting this eclectic menu, is there is no stoppage in sight anytime soon. I could ramble on and confuse some, get hate mail from others- yet just leave one and all gasping for more. My simple suggestion is, make a reservation and head on over at the earliest as this festival closes on the 22nd of November.